Why Hasn’t Advertising Learned Its Lesson?

In college, there were two schools of thought in regards to registering for challenging courses during the summer semester. The first considers the shorter Summer term means you could buckle down and earn that challenging Calculus credit less painfully as the instructor doesn’t have the time to dive as deeply into the material. The other school of thought is that Calculus is high-level mathematics and deserves the extra class time to fully master the subject matter.

This summer Digital Advertising is taking Calculus and I’m not sure it’s working out for us. We still haven’t learned the basic lesson that consumers’ wants and needs should be our True North.

The homework is piling up quickly. Google announced that they are pumping the brakes on deprecating support for third-party cookies in their Chrome browser and at the same time walking away from FLoC as a replacement. On the heels of switching IDFA from opt-out to opt-in, Apple announced that IOS 15 will make it difficult for marketers to do even simple things like tracking email opens and clicks. And to great fanfare this week, the TradeDesk announced the launch of Solimar, their new DSP which relies on UID 2.0 instead of cookies for audience targeting.

In his kick-off presentation, Jeff Green, founder and CEO of The Trade Desk, made it clear that maybe we need a little more tutoring. Green touted the importance of an open-web at the expense of walled gardens. The not-so-subtle subcontext is Google hitting snooze on their third-party cookie deadline and imploding the entire programmatic ecosystem. Green spoke passionately in rallying fellow Advertising bros to carpe diem: “It’s up to those of us who are committed to the open internet to really take advantage of this moment.”

He used the moment to make an Advertising “us-vs-them” argument as he railed against those who wielded consumer privacy as both “…sword and a shield. To protect themselves in some cases, and in other cases to gain more ‘land.’” and what we really needed to come together and figure out “what we need to do on behalf of the open internet and our individual companies.” He said this would pressure the walled gardens and help make advertising “…a little more democratic.”

Green doubled down by saying there are two types of companies “Those that are trying to control the internet and those that are trying to enable it.” To his credit though, he did suggest that as an industry Advertising needs to work on how we are perceived by civilians. When we are accused of “selling people products that they don’t want,” he suggested that Advertising should point out that we actually do  “care about people, and we want to make a difference in their lives” and we are an important catalyst for a post-pandemic growth market.

I do agree with Green on the value point. But maybe he shouldn’t have taken Calculus during the summer because he hasn’t quite learned the lesson. “Reminding people of the value of the products we represent” is not the way to do it. Since the advent of programmatic media buying, advertisers were encouraged to focus solely on Audience — Reach and Frequency — as DSPs and SSP algorithms stripped the message from context and engagement. CPMs plummeted and direct deals with publishers made way for automated campaigns that delivered audiences cheaply on a scale never seen before. Consumers noticed the change immediately and let us know they didn’t like being stalked by chinos the abandoned in a shopping cart.

We’ve been feasting on cheap Reach like a free all-you-can-eat meal plan down at the Quad. But an unbelievable convergence of consumers and legislators along with decisions made by the walled gardens is bringing those days to an end. Rather than focusing on simply rolling out a replacement for the third-party cookie, I believe we should fully adopt the consumers’ best interests as our North Star. And however dubious their intentions are, we should join Google and Apple’s recent moves toward consumer privacy.

Don’t get me wrong, I do think user addressability is needed. I think UID 2.0 is crucial in facilitating publishers’ and advertisers’ ability to earn and leverage direct relationships within a sustainable ecosystem. It’s a good step that respects privacy while giving consumers more of what they want and like. Hopefully, it gets the calculus right. It might be digital advertising’s last best chance to learn our lesson. 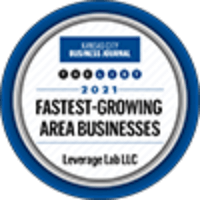 DOWNLOAD OUR LATEST eBOOK
*Next in Personalization 2021 Report:
McKinsey & Company